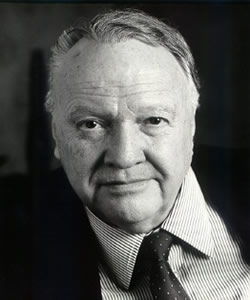 James Dickey has been the most influential writer of my thirty-eight years of time. I started my poetry way back while watching the Dead Poets Society when I was a much younger, more easily influenced lad. That specific movie led me to find Jim Dickey, a visionary of many words but simple language. His imagination was explosive and experimental at best, yet vivid with colors of reference and phrasing. Stephen King wrote a sincere thought about James Dickey saying, “A great writer is one who allows their mind to misbehave”. James Dickey, my friends, is that one who has surely allowed his mind to misbehave. His honors include having read at the Presidential inauguration of Jimmy Carter in 1977. He also served as judge for the prestigious Yale Younger Poets series. He is perhaps best known for his novel and consequent screenplay, Deliverance. His most impressive work that has both inspired and fascinated me was his 1964 book entitled Helmets:   A book about the changing face of society and the Earth as he lived in it. His views showed life as distorted and alienated from nature, and any encounter would by necessity be violent and shocking. This was in the 60’s folks and his heightened sense of life provoked my soul 30 years later.

His visionary metaphors and how he saw life grabs the reader, snatches them in and works them over with an emotion. Lines like:

“In the middle of combat, a graveyard
was advancing after the troops
with laths and balls of string;
Grass already tinged it with order.”

light a flame under the senses, even beneath the coolest of embers. Simply standing 40 years later and reading these stanzas, my eyes swelled with the thick smoke of a battlefield.  Having stood in a battlefield myself, I could smell the smoke, feel the heat of the burning trees, and choke on the pungence of dead bodies.

“My turn, and I shoved forward

a helmet I picked up from the ground,
Not daring to take mine off
Where somebody else may have come
loose from the steel of his head”.

In all my years of writing, it has been rare to be enveloped and swallowed whole by the writer themselves. I have emulated my visions to create a piece of the senses in my work. I want all readers to

not necessarily know how a peach tastes, but how I taste that peach. Until his death in 1997, he has exemplified the boundaries of the senses, writing extensively, publishing his thoughts and teaching his craft to his students in South Carolina. There was an oxygen tank that was allowed in his classroom, just so he could still utter his visions and release our world as he saw it;  an amazing writer, a persistent teacher and a vivid imagination who taught us all how to taste the peaches, not just pick them. I, for one, suckle each and every line of his with the same fervor of starvation. Rest in peace my Captain. 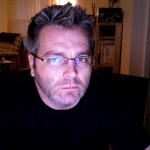