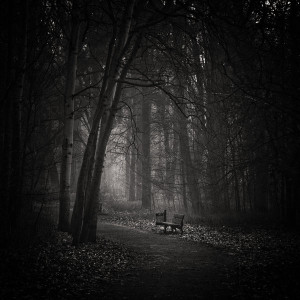 These are poems and thoughts of Michael Jones, dreams in his every day world, he loves being able to envision an unwritten future. And then relay them onto paper. These poems and thoughts mean a lot to him; they come from a place very seldom visited by someone special in his life, and for that matter to even himself at times. Michael Jones is from a small town named Kellyville in Oklahoma, growing up in a farming town was something that he never had any desire to do. He moved around a lot through his adolescent years with his father from state to state. So many schools, that is was impossible to make friends, when he was going to be gone at the end of the year or the next, so he mostly kept to himself during those days. He graduated from High School in 1987 from Hammon, Oklahoma a small town out in western Oklahoma.

As death adder lays motionless at the foot of my cradle

Thunder rolls across the devilish shadows of the pit less gorge

A godless war erupts from the evils of false prophets

While religions become an obsession, it’s our destinies to crash

The gloomed stage is set, a theater of tragedy performs its greatest act

As the deceiver of un-opened eyes speaks, as I want to breathe again

With streams of passion and nostalgia crystallizing in my dreams

My heart cries out, but not of tears or blood, but for the love of man

My name is silenced, while I carry my dark lantern into the un-known

With all colors drowning in the same dark waters of time

As I am lost in this universe, destroyed by the evils of man

As I lay here in my cradle of filth, I pray to be un-dammed by his grace 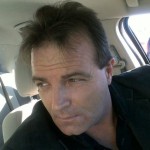