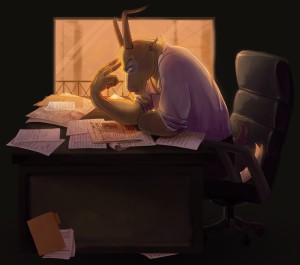 Since an early age, I have had make-believe people in my head.  I know how that sounds and I am willing to admit its psychotic connotations. But quirky, questionable, batshit crazy, or otherwise, it’s the truth.  Psychologists might say I was unhappy and turned to creating an alternate reality to escape the misery of my own world.  But I don’t believe that.  I was a perfectly happy child.  Odd, but happy.  I just liked the idea of making up my own people whose lives I could script and design, and … who would live or die under my ruthless command (insert evil laugh here).

In the beginning of life, I suppose it seemed very normal.  Most kids have imaginary friends and the like… but mine weren’t really what I’d call imaginary friends.  I never interacted with my make-believe people, I just knew all about their lives: their names, jobs, locations, likes and dislikes, etc.  I used to sketch them out, and occasionally, I would put them in little stories, but many of them just sat until, by the time I was a teenager, I had notebooks populated with the profiles of these fictional characters and no idea why, or what to do with them.

By the time I was nearing twenty years old, I’d thrown away my stuffed animals and done away with ninety percent of my childhood fancies.  But one thing never changed: the people living in my head.  As I got older, they became more and more like real-life, three-dimensional human beings.  I suspect that as I matured, I began drawing on the traits of those around me, and those I saw on television.

You’d think that by now, when I sat down to write a story, I’d just pull out an old notebook and pick and choose characters. Instead, however, I’m still coming up with new people all the time. Different stories require different personalities, some of which haven’t yet come to my attention.

One of the most fascinating things about being a fiction writer, in my opinion, is getting into the minds of the characters. I use the word fascinating rather than fun because it isn’t always fun. For example, while writing Beautiful Monster, I was mortified at times to be in Sterling Bronson’s head. I remember frequently asking myself in various situations, What would Sterling do? and shuddering at the thought.

Currently, I am working on two projects. One is The White Room, which I still intend to have finished sometime near the end of summer. I’ve made this manuscript a lot more fun by discovering the joys of third person narrative. In this book, I get to explore multiple points of view, and now that I’ve begun doing it this way,I wonder how on earth I ever wrote from just one character’s perspective. The White Room is full of all kinds of fascinating points of view. There are good guys, villains, victims, sexually deviant women, men with addiction issues, living people, some undead folks, and even a guy with obsessive compulsive personality disorder. I’m seeing the world through several different pairs of eyes and I’ve never had as much fun writing as I am with this one.

The other project I’m working on is much different in a lot of ways. I can’t elaborate on this one too much because it’s still kind of top-secret… but it’s getting written, and it’s going well. For this one,  I am also exploring a few different points of view, but this is a whole new experience because I’m writing from a ten-year-old boy’s point of view…as well as a very old woman’s. This project is teaching me new things, expanding me in fascinating ways, and forcing me to stick to the point as it’s not intended to be a full length novel.

Having learned to see one story through the eyes of multiple characters has shown me new layers to the stories, as well as cleared up numerous issues I’ve had with past manuscripts which never reached completion. To be honest, I don’t know if I will ever return to first person…unless, of course, it seriously benefits a story I’m writing. 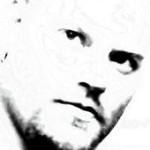