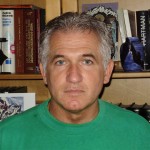 APPARITION OF THE “GREAT LEADER” 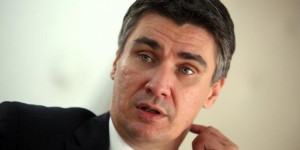 There, prime minister Zoran Milanović, called the “Great Leader”, has appeared in the Croatian Parliament to address the nation, and from his heights he postulated in a commanding voice that all young people should believe in “knowledge”, as this is the only faith that will PAY OFF. This term, “PAY OFF”, is genuinely troubling. Yes, nepotism, corruption, poltroonism and greed constitute his only “faith”, as the media convey by reporting the multitude of affairs in which the “Beloved Leader” was  caught red-handed. His dictatorial relations with the media and his own nation have turned him into a duplicate of the North Korean “Great Leader”. And look who’s offering advice to the youth, the man who is the most responsible one for the exodus of young people out of this small and beautiful country to an extent that makes it look as if it was visited by both the cholera and the plague. This is the same person who does not honor the contracts mutually signed by Croatia and the E.U. The same person who has deceived the European Commission by changing the so-called “Lex Perkovic” a mere three days after becoming prime minister. When every paralegal apprentice knows that a contract is akin to scripture in the democratic world, it becomes obvious that the “Great Leader” cares for nothing else but his own benefit.

The “Great Leader” ,once again wants to impoverish the Croatian people. How can he possibly do it, one might ask? Hasn’t this greedy political caste, along with their tycoon buddies, impoverished the people enough already? Sure he can. Knowing that the poverty of the spirit is the worst of all poverties, everything becomes clear. Emptying his people’s vallets wasn’t enough for the “Great Leader”. No, now he makes the move for their faith in the Lord. After all, if he himself is a pauper in spirit, why would those beyond him, the whole nation, be any wealthier?

A strong spirit is anyone’s best ally in times of temptation, and the cleaner the soul, the stronger the spirit. It is faith that moves a person towards wisdom, compassion, love, honesty and patriotism. Patriotism is a virtue, not a flaw, like the “Great Leader” would have us believe. Why is patriotism a virtue? Because every person who does good unto others, who creates something valuable towards the greater good, is a patriot. Why does the “Great Leader” scorn patriotism? It is because he wants to be the one before whom the nation shall kneel, he wants to be the only object of “adoration”. Faithless people are people who are spiritually weak, all they care for is power, money and them self, amd as such they consider them self to be “great leaders”. Such people will never be capable of understanding that our children shall not remember us for material things we were able to provide them with, but for the feeling you offered them, to paraphrase Richard L. Evans.

A palace, a sceptre, and an army of poltroons – it is all in vain if you’re devoid of feelings; being unable to feel and to sympathize is the worse punishment a living person can get, because it’s a life without a life. This greedy and insensitive political caste, headed by their “Great Leader”, is voting for laws to punish beggars with sizable fines instead of helping them… Instead of protecting women from perpetrators, they protect the perpetrators… Instead of investing in health care, they are destroying it which would enable them to sell entire hospitals for peanuts, all for a hefty commission… Instead of protecting fruit growers, farmers, honorable and diligent peasants, they are using inhumane laws to destroy them on purpose, so they would become able to sell their land, once again for peanuts and for a commission… With their “laws”, they are wittingly destroying family businesses and craftsmen, knowing that they are the backbone of any healthy economy… They wittingly destroy labor unions, knowing that they are the only protection that the workers have, so the fact that China is becoming their favorite trade partner doesn’t really come as a surprise… Instead of protecting the sanctity of the family, they are destroying it as an institution with their unnatural laws… Instead of punishing the “big players” (like Konzum, Merkator, Tisak, -EPH newspaper “Jutarnji List” Party promoter-…) for major tax fraud, they are pardoning them, while at the same time driving small businesses into bankruptcy… This is their way of providing “knowledge” to the people, this is their “faith”.

When they arrogantly single out the U.S.A. and say that 40 million Americans have no health insurance, while every Croat is insured, then they are stripped down by the facts. The Croatian patient has to wait for a year for a simple procedure like magnetic resonance imaging. Other waiting lists are such that your hair is more likely to turn gray before it’s your turn. Yes, they are consciously destroying the public health sector so that they may sell the hospitals for peanuts in the near future, for a healthy commission, of course. They have applied the same procedure before, by selling significant national brands, leading their people into the slavery of debt. Of course, they are knowingly oblivious to the fact that the U.S. administration offers subventions to both small and big business, because they know that this is the backbone of a healthy economy, the same backbone that is cracking under the pressure of the “Great Leader” in Croatia . The prime minister does not want to hear any questions asked by Croatian scientists, like “how much money have you invested into healthy alternative energy, how many solar power plants have you built, or how many wind power plants?” Yes, this is science fiction to them, but not to the U.S.A. , to the benefit of the whole world. Of course, prime minister Milanović is wittingly oblivious to the slashing fact that young Croats are leaving Croatia behind on a huge scale, looking for a new opportunity in the U.S.A. Yes, the U.S.A. is a promised land for creative people in Croatia, while Croatia became a promised land to the political caste, their tycoon buddies and greedy bankers from all over the world or, actually, for all those who trust his “knowledge”.

The “Great Leader” says that the Catholics, the Orthodox, the Moslems, the Mormons, the Jews, the Buddhists… must understand that there is no other faith but the faith in him and his “knowledge”. How else can we possibly understand the fact that laws are in effect when it comes to regular people, but not when it comes to the political caste and their beloved “Great Leader”. This kind of “knowledge” is PAYING OFF, this is his message to the people.

I wonder how Isaac Newton, and a string of ingenious scientists, artists and philosophers, all of whom believed in God, would comment on that. Why are the “Great Leader” and his army bothered by the light, by faith in the soul and its Creator? Why are they bothered by the faithful? (We know that faith is proven by love and compassion and the other, and not by ruling other people in the name of “faith”). Why are they bothered by the light of the soul? After all, only those who follow the light of the soul can find the way out of Plato’s cave. Infidelity, arrogance, primitive, greed, insensitivity and immorality are the balls chained to the leg of those who are imprisoned in Plato’s cave. The “Great Leader” knows that he can rule those in the cave only if he turns off the light. He is the kind of person who always looks down on others, constantly seeking acknowledgment in his word, which is a word of illusions. He waves the flag of “knowledge” above the heads of poltroons, expecting unconditional adoration. The “great Leader” is trying to convey that great novelists walked the Marxist path too, but there goes his “knowledge”, crashing right into a rock of ignorance, because his great idol, the Marxist author Jean-Paul Sartre has confessed his faith on his deathbed, to his anonymous friend Claude Chatelet. When Chatelet looked at him in disbelief, thinking that Sartre must have lost his wits, Jean-Paul told him: “My dear friend, I have never seen more clearly in my life, and a man on his deathbed does not lie… I have received many awards while creating my opus. The Nobel Prize can add nothing to it – on the contrary, it pulled me back. It is good for amateurs seeking recognition; I am old enough, and I have enjoyed it for long enough… Yes, there must be a higher power that created the light within the human soul, a light that becomes a beacon for many a castaway lost in the darkness of ignorance… I am not seeking another award, because there cannot be anything better from what I have already received – my soul.”

Yes, I was a skeptic too during my youth, believing only those things that can be seen with one’s eyes. Still, now that my life’s ship is sailing faster than it ever did on this ocean of temptation, I can safely say that the human soul is the sacred home to our fragile humanity.

The “Great Leader” should use his head while waving the flag of “knowledge” and telling the youth that it is only his “faith” that PAYS OFF. Still, as a believer, I trust that someday he shall see the light, because life teaches us that those who disavowed him the most are the loudest at calling His name on their deathbeds. To cite Sartre: “Everywhere there is opportunity for a coward not to be a coward, and for the hero not to be a hero.”

About the Author
Walter William Safar

WALTER WILLIAM SAFAR was born on August 6th 1958 . He is the author of a number of a significant number of prose works and novels, including "Leaden fog", "Chastity on sale", "In the falmes of passion", "The price of life", "Above the clouds", "The infernal circle", "The scream", "The Devil’s Architect”, "Queen Elizabeth II", as well as a book of poems. e-mail: walter.william70@yahoo.com