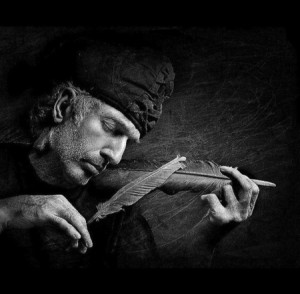 “I’ve seen it recently said on LinkedIn that it’s wrong to limit poetry through any kind of definition, wrong to say that anything isn’t poetry.”

I understand the thinking behind this – and maybe at times I’ve been too willing to make absolute statements about poetry. But if anything can be poetry, why can’t anything be a telescope or a burp or an ideology? In which case, what’s the use of words?

Can a boiled egg be poetry? Yes, we might say a boiled egg was poetry if we particularly liked boiled eggs, or were exceptionally hungry, or if the egg had been boiled to

perfection (no easy task). But that would be a figure of speech, like saying it was a jewel or an angel. I submit that a boiled egg cannot be poetry, though it could have poetry written on it. Poetry is an art of words. For something to be a poem it needs words in it. In other words, it’s literature.

Two discussions I’ve seen have made a great deal of a poem by William Carlos Williams about a wheelbarrow, which was seen as revolutionary in America and perhaps had rather less impact in Britain. It’s a straightforward description of a wheelbarrow set out in poetic form. I’ll agree that’s a poem, though not one of my favorites, but what about this?

The market who you are and what

Service you offer. A first step

Should be to create

To appeal to the target

Now why am I inclined to think this is not a poem? It’s set out like one. It starts with perceptible rhythm and ends with a half-rhyme. But it lacks intensity. It’s an ordinary wodge of prose text set out in short lines (in case the penny hasn’t dropped – I set it out like that). I’d suggest that any poem should be capable of making us stop and pay attention – should have an impact beyond the normal. I’d suggest also that the poem should at the very least be capable of being effective when read aloud. The roots of poetry are in songs and rhythmic chants, both of which can for example be heard at a football match. I personally believe poetry which loses this connection with sound, with meaning conveyed through sound, has lost a large part of what makes poetry special. The poem can be – I just hold back from saying should be – conveying a message both through the meaning of the words and through their sound.

What about Williams and the wheelbarrow? It seems to me what he was doing was fixing our attention on something apparently unimportant, just as a visual artist might put a pile of bricks or an unmade bed in an art gallery and in effect say, “Stop and look at this. It’s worth it.” And so it might be, though the effect on our life may be small, as we can’t react to everything we see in this intense and reverent way or we’d never get from one end of the street to the other. I’ll not question that this is art, though I’ll spend more time with Turner and Kandinsky, with Yeats and Hopkins, who are connecting the immediate to something profound and hidden.

Oh, and there is a word which includes something set out as poetry but lacking intensity or depth. It’s called verse. 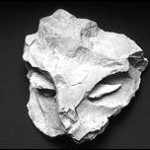 1 Comment so far. Feel free to join this conversation.

Leave a Reply to Karen