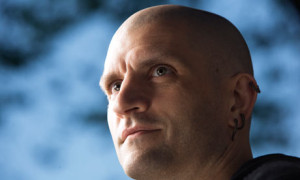 The link above leads to an (in my opinion) excellent article about the evolution of publishing. I always find China’s words fascinating. I think he’s one of the foremost intellectuals writing fiction today. I don’t always agree with him, but I have never come across an argument of his that I did not think was valid and worthy of debate.

In the spirit of my blog having become about “me and stuff” again (that’s a reference to an old post) I thought it high time I post something about publishing in my capacity as a Sociologist.

I think everyone agrees that publishing is changing. I also think fear-mongerers, and hopeful self-publishing writers too often think in terms of the extreme idea that traditional publishing businesses will collapse.

Large businesses need to move slowly when undertaking a vast shift, simply because businesses do not directly control the majority of their money. It’s invested. I doubt they will die before the necessary shifts, already being frantically planned and implemented, come into effect.

Did video game companies die when online content became available? No. They thrived.

Did anything bad happen to the record industry? Yes, very, and temporarily. Record companies survived and are now making more money than ever. Not all of them survived, but they were replaced not with anarchy, but with new companies that serve the exact same purpose.

The same thing is happening with publishing. Electronic media means a wider audience. Powerful businesses will, unless they are very stupid, invest some of their plethora of resources into adapting. I think one reason it’s problematic is that it’s happening during such a bad recession.

But money is a representation of resource, not a conjuring trick. The reasons for a recession are never “there’s less money”, unless that’s coupled with “there’s less resource.” That’s simply not the case today. The publishing market has actually grown. I’ve heard a plethora of people (usually older people) say that nobody reads anymore. Bollocks. More people, and a greater percentage of the population, read for pleasure now than ever in history. It’s called Modernity. Populations are far higher. A far greater portion of the population are educated. Book sales weighed against population have shown strong percentage increase year by year since the invention of the printing press, as have production costs steadily declined.

We are in a recession, which means people (and businesses) have less money to throw around, but a larger audience means resources, when supplied, are already demanded and thus find ways to be bought. That’s one reason why self-publishing works. People seek interesting books even while publishers are afraid to invest in new authors and unusual projects.

I think China’s point is mainly that publishing houses will hopefully, as he says, become less parochial. I agree that that would be a good thing. I just don’t think the monetary side of things will change as much as some worry and others hope.

I certainly do not wish to imply that I think ill of self-publishing. I do preach caution when it comes to high hopes, whether it’s self-publication or not. I think such hopes are unhealthy and detract from the quality of both life and work.

Knowledge, on the other hand, is always useful. I’d argue that we should watch the larger publishing houses, understand how big business works, and not decide the internet is going to set libraries and bookstores on fire. Even if it does, big businesses will, soon enough, be the ones manufacturing the matches. Modern capitalist society is, economically speaking, structured around the relationship between money and resource. Business not only wins by nature, business is nature. The real question is whether the likes of Google and Amazon will control publishing, or if it will remain in the hands of people who actually give a smeg about books. I’m rooting for the latter.

About the Author
Luke Everest

Aspirant authors are everywhere. How many make it happen? Not many, but it's happening for me. Here I'll share my journey, everything I learn along this arduous hike for self-discovery up Mount Everest. A little about me: managing to impress them with gusto, I was fortunate to apprentice under Scott Bradfield and Paul McAuley. I'm presently represented by the same agent who represented Anthony Burgess. Dreaming is a fight wherever dreams come true. Bring it on.